Stick It Down- Sept sketch!

Here is Stick it Downs card sketch for September! 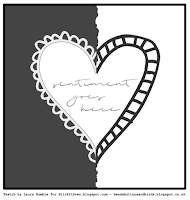 I decided to do a one layer card and try to keep the sketch. So I used two different colors... 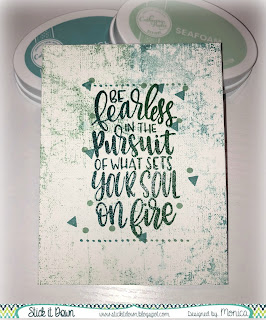 The colors ended up being a little closer in tone than I intended, but I still liked the idea so I just went with it. I used a large background stamp to stamp half in blue and the other half in green. Then with the sentiment I did he same thing flipping which color went on the two halves of the stamp. Once the Sentiment was stamped, I then heat embossed it with clear powder and added some geometric shapes for a little more design. 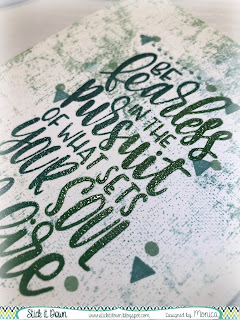 You can see the variation in color a little better in the close up. Don't forget to stop by the SID blog and play along with the sketches. If cards aren't your thing there are two scrapbooking sketches to play with as well! Thanks for stopping by and have a great day.

Email ThisBlogThis!Share to TwitterShare to FacebookShare to Pinterest
Labels: Catherine Pooler, Stick It Down

Stick It Down Challenge blog
https://stickitdown.blogspot.com/